Thirty Years Of Standing Up For South Africa’s Workforce 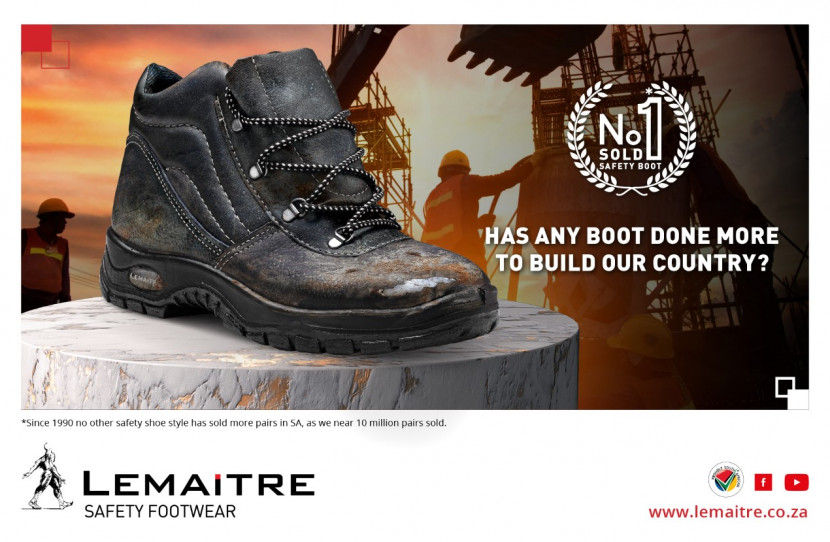 As they approach 10 million pairs, Lemaitre celebrates 30 years of Maxeco by asking the question – is this South Africa’s most beautiful shoe?

For 30 years, Maxeco has helped build a nation with the world's toughest workforce. Across construction sites, mines, farms and factories, almost 10 million pairs have helped realise the dream of a stronger South Africa by protecting the millions of workers who built it. Now that’s a beautiful thing!

Lemaitre and Maxeco’s stories began with a series of firsts and a fair degree of risk taking. In the late 80s Bagshaw footwear purchased an 18-station direct injection moulding machine, capable of injecting dual density PU, at an auction in Babelegi. Through market research and various consultations it was agreed to extend their footwear offering from largely military styles into safety footwear by introducing the first ever direct injection dual density PU safety footwear style to be made locally. At the time the safety footwear market utilised single density PU styles; the benefit of dual density PU allows for a denser, harder outer sole for durability and a less dense, softer midsole for comfort and cushioning. A licensing agreement was struck between Bagshaw and Lemaitre Safety France, which allowed Bagshaw to tap into global expertise while introducing a safety footwear style designed for the South African market.

Lemaitre’s new campaign celebrates the widespread effect of 30 years and millions of pairs of Maxeco serving South Africans. It’s been there to help build the country and its people. It’s created jobs through local sourcing and manufacturing. It’s contributed to an inclusive economy for all our people. And it has been on the frontlines of the nation’s industries, protecting those who are strengthening South Africa. Has any boot done more to build our country?

For the full story visit www.lemaitre.co.za/maxeco